ASM’s Airport Catchment Analyser™ generates a complete view of the behaviour of the population on your airport’s catchment area as well as the visitors staying there by collecting, collating and analysing data from the following sources:

ASM’s Airport Catchment Analyser™ generates a behavioral view of the population
in your airport’s catchment area, including the visitors staying there

For the Resident Traffic, ASM blends search data with population census data and the airports actual flown passenger data reported by direction of travel to give a true picture of where your resident passengers are originating by their zip code in your catchment area, which airport they are departing from and where they are travelling to.

Search data is rightsized using census data to smooth out the peaks and troughs that are inherently generated through search. The smoothed data is then calibrated to the airport’s actual flown passenger data (using Final MIDT data) to create a data set of the resident traffic in the catchment area. Resident traffic is usually far higher than the airports flown traffic as it includes traffic using competitor airports and choose to use surface transport to start their air journey from a further away departure airport.

Visitor traffic is a blend of hotel search data with hospitality data and again the airports actual flown passenger data reported by direction of travel to give a true picture of where your visitor traffic is originating from by their departure airport and where they are arriving via and then where they are staying by zip code in your catchment area. 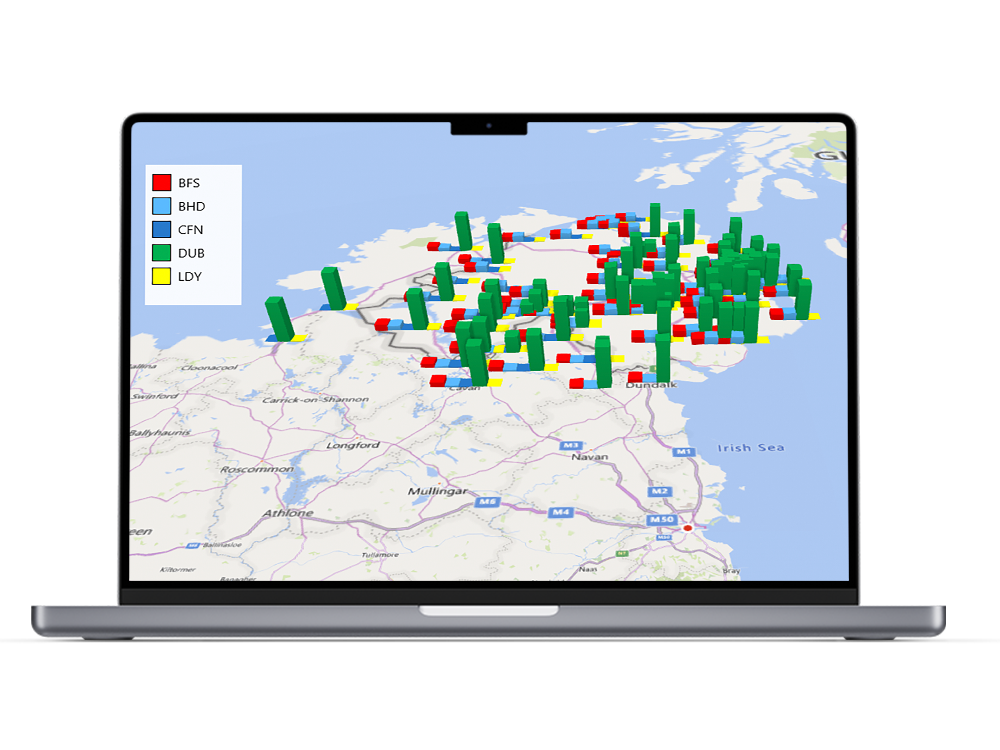 Understand and leverage your data with ASM’s Airport Catchment Analyser™

A complimentary data set detailing the size and shape of the airport’s catchment area, the direction of traffic (Resident / Visitor) by destination and the airport of departure or arrival. This tool allows airports to understand the true demand from the catchment area and where there is “Traffic Leakage” to competitor airports.